The Top 3 Benefits of Liquid Cooling

In this article, we uncover the reasons behind our choice to innovatively cool our overclocked servers.

In this article, we uncover the reasons behind our choice to innovatively cool our overclocked servers.

Blackcore by Exacta’s custom-built liquid cooling loop utilizes the best components from our partners chosen after evaluating many different components. We run a full-proof quality control program at our HQ to ensure every loop is assembled to a platinum standard, then we apply our proprietary overclocking procedures to be able to run our systems at industry-leading overclocked rates whilst maintaining consistent all-core turbo ratios within temperature windows that maintain longevity. 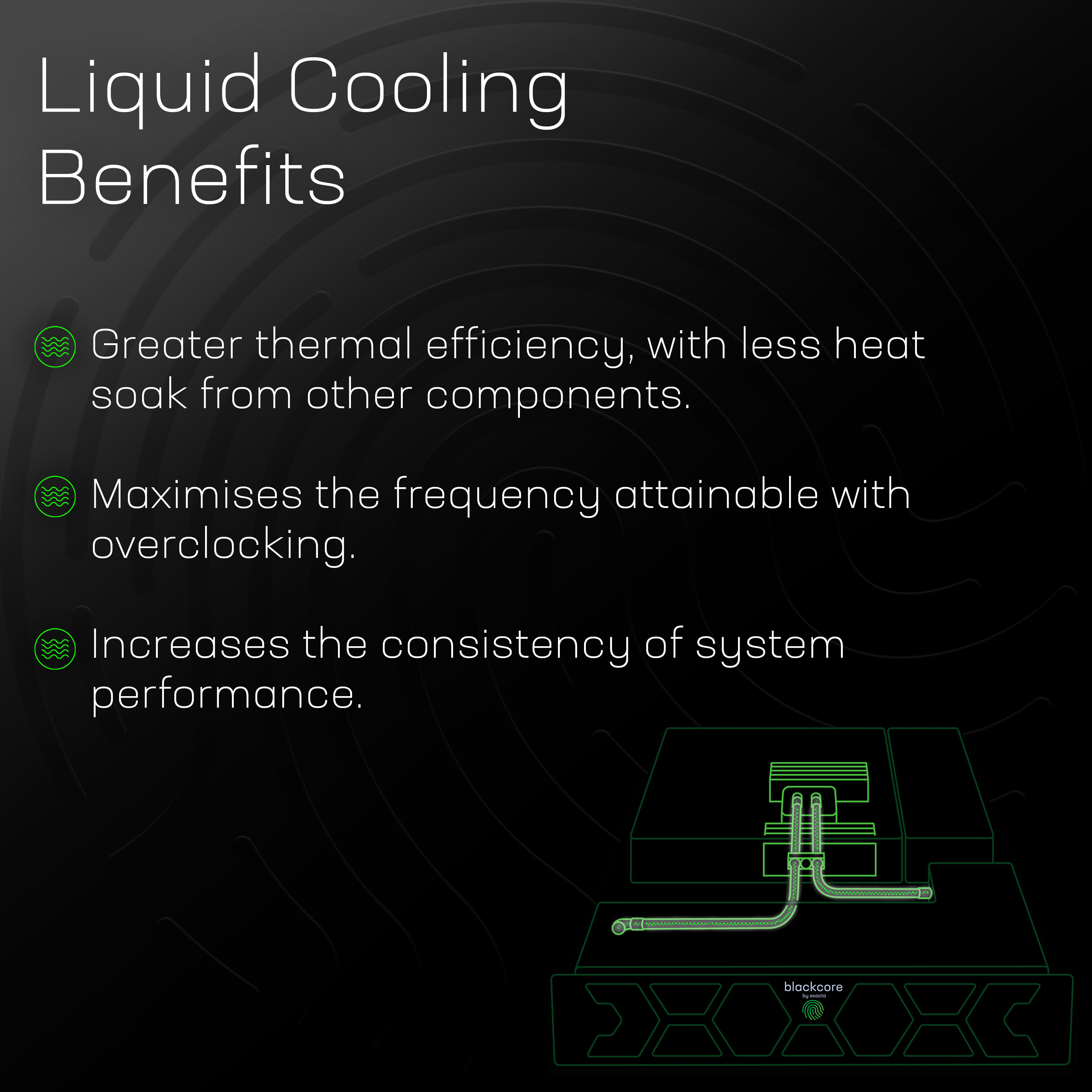 The Top 3 Benefits of Liquid Cooling

1: Greater thermal efficiency, with less heat soak from other components.

Liquid cooling targets the CPU & GPU directly, this ensures a direct and concentrated cooling effect. This negates ambient heat soak from the chipset, VRMs, or other IO and prevents those components from having a negative impact on the temperature of the CPU. As the liquid cooling loop draws heat from the front to the back as a conventional server would, these components in the periphery of the socket are cooled in the conventional manner.

2: Maximises the frequency attainable with overclocking.

Liquid cooling keeps the CPU much cooler than traditional air cooling. As a result, we are able to push the clock rates of the CPU that much further than standard heat sink setups. Our CPUs are also de-lidded for optimum performance benefits, and optimum heat transfer to our liquid coolers.

3: Increases the consistency of system performance.

Liquid cooling enables us to maintain a lower baseline socket temperature while in production environments, this stops any thermal throttling or halting of the CPUs delivering a greater level of stability to highly demanding workloads, not only from a throughput perspective but also maximizing reliability.