In this article, we give you an insight into our Workstations built specifically for desk Traders. Who require unrivaled speed and performance, here at Blackcore we deliver just that. 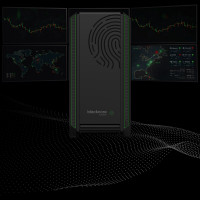 The TradeDesk Range of Workstations are purpose-built to handle complex trading workloads. Bringing power to the desk enabling you to keep track of multiple market feeds and resources across up to 8 monitors ensuring you never miss an opportunity. Read on to learn more about the range. 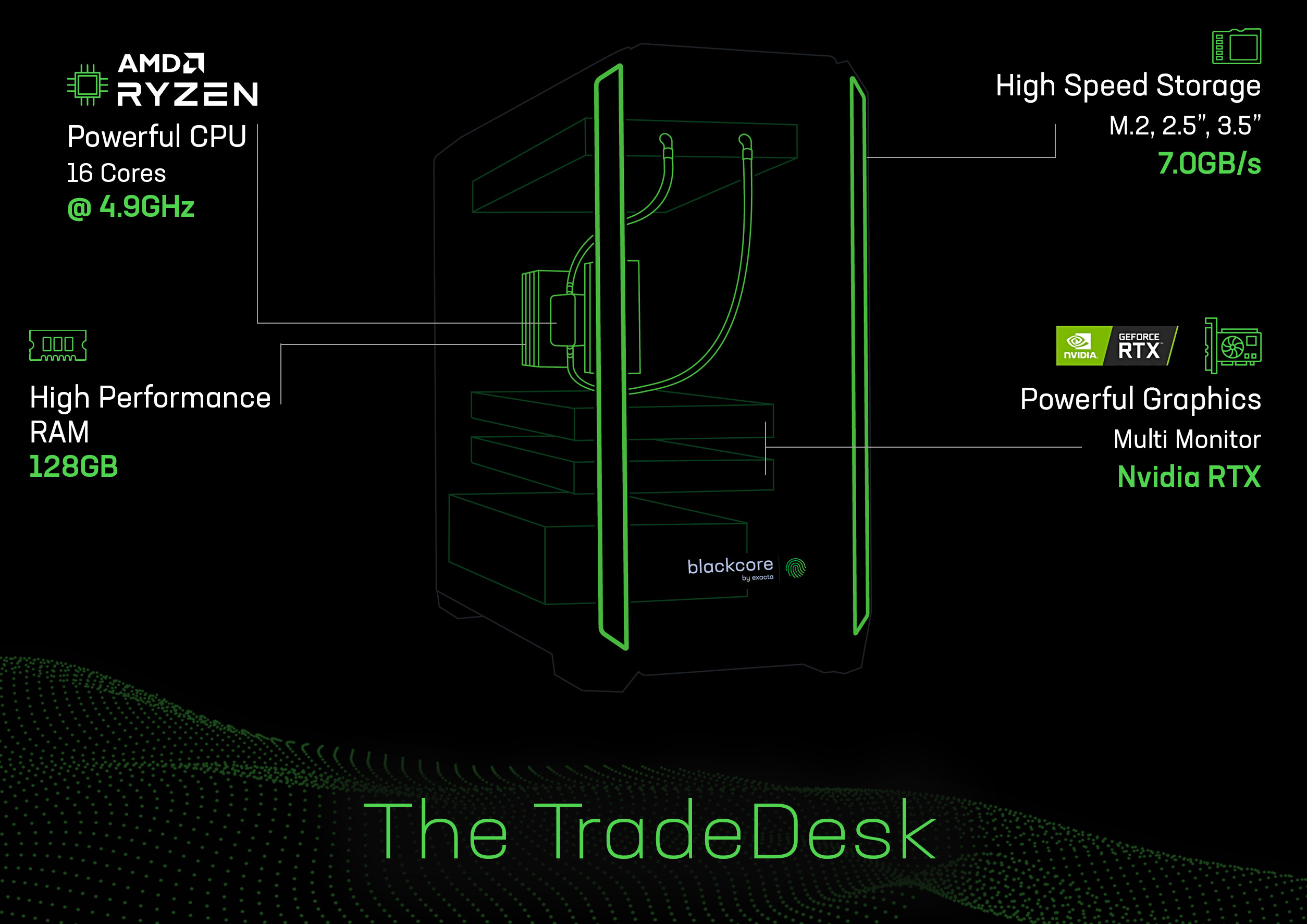 Introducing the TradeDesk Workstation designed for handling multiple monitors, making it easy to keep track of multiple market feeds, news streams, and financial data. This system features the Ryzen™ 5950X. Newly launched, this chip has already become the gold standard for performance in the desktop space, making it an easy choice for our performance workstations. Accompanied by NVIDIA’s latest GeForce & Quadro RTX series cards & high-performance NVMe M.2 drives. With the TradeDesk Workstation, you can count on guaranteed scalability, reliability, and high performance. 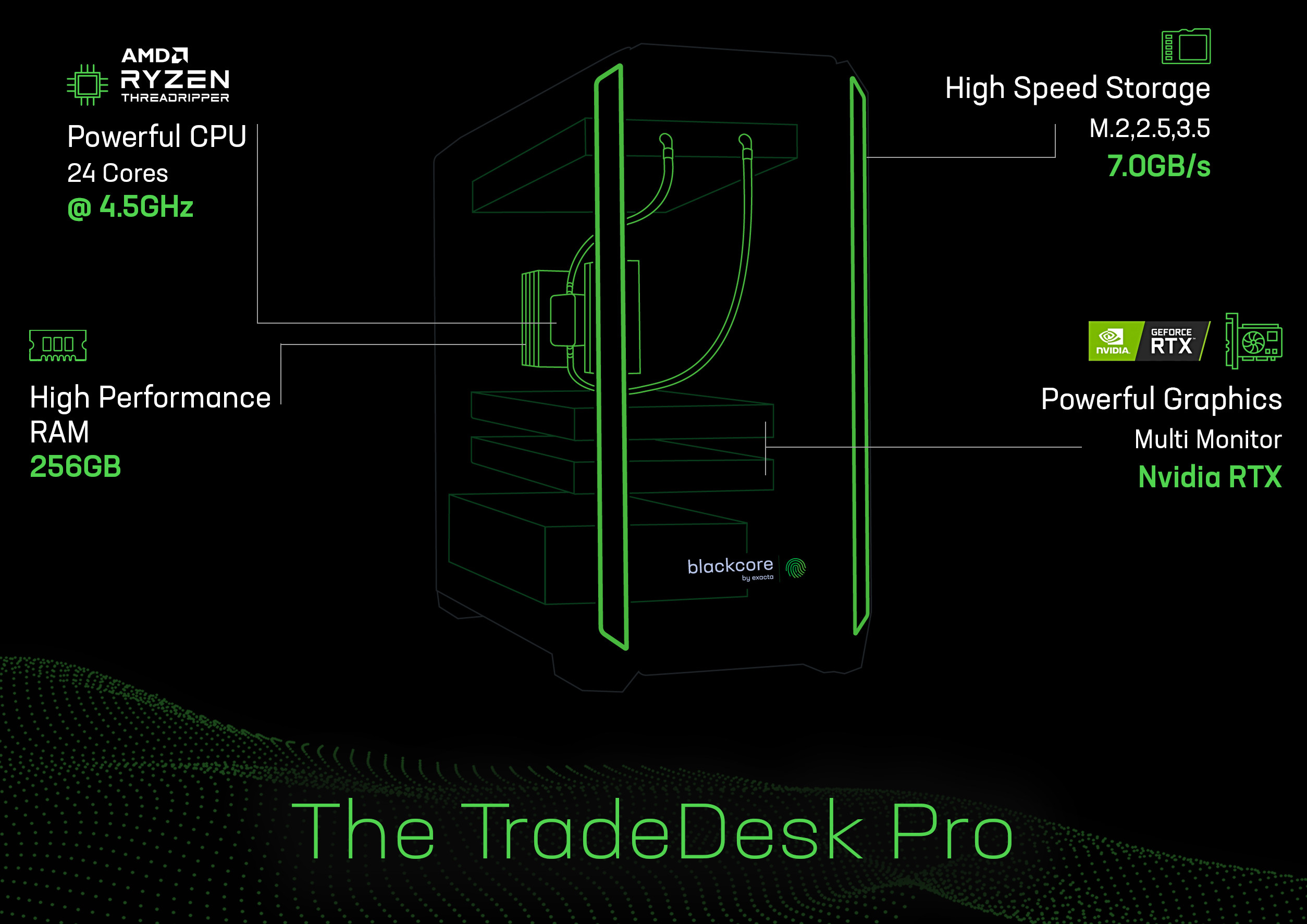 Introducing the TradeDesk Pro Workstation a supercharged version of the TradeDesk. This system boasts more Cores, more RAM & ultimately more Power. Featuring the AMD Threadripper™ 3960X which boasts 24 high-frequency cores and an impressive 128MB of L3 cache. Multitasking is what this CPU was built to do. Populating the PCIe capacity with powerful Nvidia Quadro RTX cards delivers incredible compute. We selected the best storage solutions on the market. Multiple high-performance NVMe M.2 drives for your OS and quick access data, backed up by large-capacity SSDs and HDDs for data storage. Excel your trading strategy with the TradeDesk Pro.

Learn More about the TradeDesk: https://blackcorebyexacta.com/tradedesk